I’m a woman, Is it okay to make the first move?

With the introduction of dating apps like Tinder and Bumble, connecting with people is easier than ever before. However, despite the evolving dating climate, the rules of courtship have stayed pretty consistent; men ask and women wait to be asked. For centuries, women have been told to be passive while waiting for a man to take the initiative in making contact with them. Is it time that we change the rules? Is it time that women make the first move?

Let’s start by visualising a world where women making the first move is the norm. Pretty radical right? For many women, just the thought of approaching a man at bar, buying him a drink and spewing cheesy chat up lines is enough to make them want to forgo the dating scene altogether. But why is this? Why do many women have a strong aversion to doing the chasing? I have a couple of theories.

We discussed the first major factor briefly in the opening paragraph, and that is gender roles. Whether we like to admit it or not, we have an existing social script that says men should be the pursuer and women should be pursued. Many women are put off the idea of veering away from this script, because they feel like it would make them seem unfeminine, desperate or too aggressive. Furthermore, given that it is not ‘normally’ the woman’s job to do the chasing, the sight of a woman approaching a man will be considered unusual – even though it shouldn’t be – the thought of appearing different from the crowd and potentially being judged may create feelings of uneasiness and insecurity.

Another factor is supply and demand, in most situations, there are a bigger supply of men who are happy to make the first move than there are women, so women might avoid doing it simply because it is not a ‘must’ for them.

Fear is also plays a role in dating etiquette rules. Making the first move can be a pretty unnerving experience even for the most extroverted and gregarious of us. The actual act of walking up to an attractive guy and starting up a conversation takes some bulls. This fear is compounded by the fact that it would also be deviating from social etiquette.

But would it really be so bad if men took an annual leave from their role of pursuer? An invite only dating app named The League attempted to answer this question; in their recent survey they found that one out of three successful heterosexual couples were started by the woman messaging first. In these situations non verbal was the preferred method of women making the first move; some methods include being more available, quicker replies to messages and sending pictures. Their findings suggest that women (although less likely to make the first move) were far more successful in the role of pursuer than their male counterparts. Their results also indicated that women were better at finding more compatible partners. Perhaps this is the female intuition at play.

As women, we shouldn’t have to be hemmed in by society’s restrictions about who should ask and who should be asked.

If you’re interested in a guy, and he hasn’t asked you out, then ask him out to lunch or some other get-together. Worst case scenario, you get turned down (which sucks, but needn’t be devastating). Best case scenario, he agrees and you have a lovely date.

I am huge believer in female empowerment and what’s more powerful than creating your own fulfillment in relationships by increasing your own sense of control. You never know where it may lead you.

Wife and mother working in the field of HR. This blog contains information about employment, health and wellbeing and parenting. View all posts by Josephine Grant 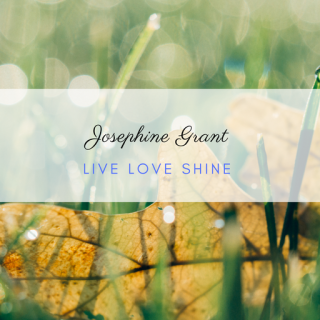 Wife and mother working in the field of HR. This blog contains information about employment, health and wellbeing and parenting.